After a two-year break, the Finnish Language Service Providers SKY will put on the #KIELI2022 conference on 9 September 2022. The theme of the conference is growth stories in the language sector. Stay informed and order our newsletter.

The theme of the #KIELI2022 conference is growth stories in the language sector. The event will be an opportunity to hear the stories of companies and language experts, and to learn about new developments in the language service sector, which offers great potential for growth globally.

The conference is intended for companies offering language services, customers interested in their, language experts working with LSPs, entrepreneurs, freelancers and others active in the sector.

The conference will provide opportunities for discovering information, finding partners and improving your business and the skills of your own staff. And most importantly, #KIELI2022 is a great opportunity to network!

Get your ticket to #KIELI2022 conference now. Early Bird prices are available until the 17th of June 2022.

The price includes admission to the conference, conference material distributed at the event, coffee and lunch and the after-conference drinks. There will be a three-course dinner on Friday evening, tickets to which will be sold separately. Besides conference attendees, their companions and others interested in networking in the language services sector are welcome to the dinner.

13–13.45 | Jonathan Downie: Can LSPs, freelancers and buyers live happily ever after? See the details.

16-17 | Ali Jahangiri: A story of survival as an entrepreneur and a new beginning (Hall Oksa) 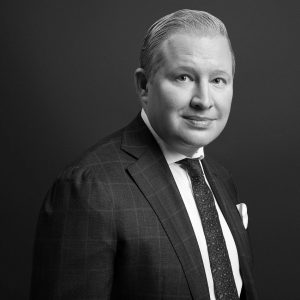 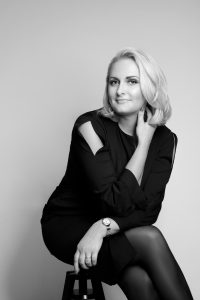 Indre joined translation industry in 2004 when she graduated from Kaunas University of Technology. She is a former basketball player who worked as a freelance translator. Later, she joined a translation agency as a project manager and after having gained some experience, in 2020 she was offered a vacancy as a CEO of a LSP. In 2021 she was elected to the Board of the European Language Industry Association (ELIA). Her main interests are team-work and the human factor in our industry.  She has also successfully built her personal brand to help her in her business routine. 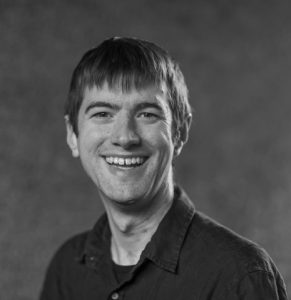 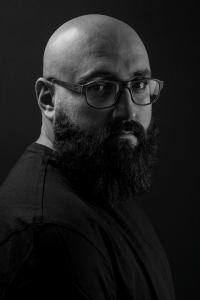 Ali Jahangiri is known as a stand-up comedian, opinion leader, speaker and entrepreneur. His comedy is sharp and insightful and deals with immigration, clichés of Finnishness, everyday coincidences and day-to-day politics. As a comedian, Ali is beyond compare. Always fresh and never afraid of sensitive issues, he is a keen observer of the human condition. Ali is also the only comedian awarded by the Finnish Cultural Foundation (2016). As a speaker, Ali takes his audience on a fast-paced journey. His is a story of entrepreneurship: the challenges he has encountered as an entrepreneur and a performer, and how he has survived setbacks. A positive attitude to life, belief in himself, and an unquenchable thirst for knowledge are Ali’s key themes, not forgetting humour. 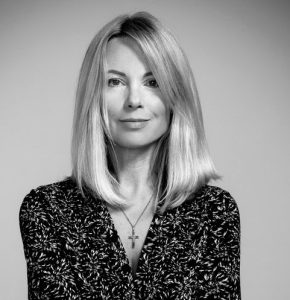 Inge Rätsep is the owner and CEO of Interlex Media & Translations. She has been active in the translation industry more than 20 years. She is also founder of Association of Estonian Translation Companies (AETC) and current member of the AETC board. Her company Interlex belongs among TOP 3 Estonian translation companies and is mainly focused for the Baltic and Scandinavian region. Inge has studied Estonian language and literature at the University of Tartu, Estonia and holds degree in Media and Public Relations. Always passionate with everything she does – managing her company, promoting language services, teaching in Tallinn University, running, sailing and much more. 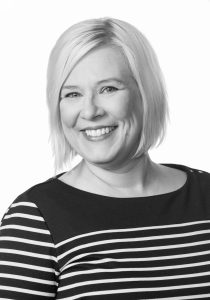 Mirka Lahti has worked as a translator since 1995, including 20 years as a self-employed entrepreneur. She is an experienced networker who has decided to stay self-employed, to serve her customers as best she can and to do it profitably. Lahti is also a founding member of Kääntäjämestarit, or Master Translators, an association that organises the Terässä conference for translators and interpreters, a member, formerly active and now semi-active, of the Finnish Association of Translators and Interpreters, and the chair of the Hervannan Yrittäjät local entrepreneurs’ association and of the Tampereen Yrittäjät association. 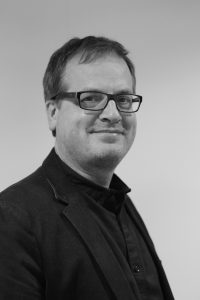 Erik Miller is a second-generation translator and has worked in the industry since the late 1980s as a salaried translator, an entrepreneur and the owner and Managing Director of Bellcrest Translations. He is also an association veteran, having served one board of SKY and its predecessor SKTOL during four decades as a board member, President and Vice President and Treasurer. 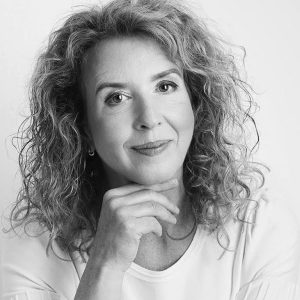 Anne-Marie Colliander Lind is a recognized force in the global language industry landscape. She has spent 30 years helping multinational organizations solve their language issues, serving in executive sales and management positions at leading service, technology and market research companies. She is the CEO of Inkrease, a management consulting company based in Sweden that assists companies in their growth and development strategies in addition to providing sales and marketing trainings. Anne-Marie is a sought-after speaker and is engaged part-time as marketing director for LocWorld and proud co-organiser of NTIF, the Nordic Translation & Interpretation Forum. 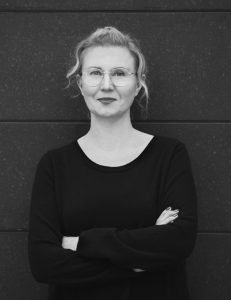 Katja Virtanen is the founder and CEO of Delingua Language Services and former President of Finnish Language Service Providers (SKY). Before entering into the translation and localization business, Katja led a language school in Madrid and worked as a conference interpreter in the various EU institutions. In 2005, she established Delingua as a company of one. Today, after 17 years of spectacular growth, Delingua is one of the largest LSPs in Finland.

Jari Herrgård is a software localisation expert who started his career as freelance translator and small entrepreneur, and later worked for several years at a translation company in various project management roles. He then went back to being an entrepreneur and was involved in developing and launching a web-based translation platform. Since 2020, he has worked as Technology Solutions Manager at Delingua. 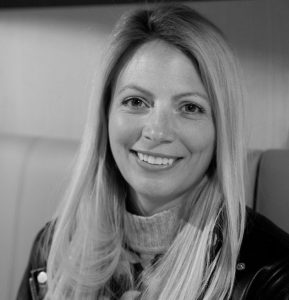 Maja Magnusson has a background in architecture and management consulting. She is a serial entrepreneur and since 2018 she has been part of building Care to Translate AB as COO and Cofounder, with a focus on developing digital translation tools for the healthcare sector. Maja was born and raised in Munich and has been living in Stockholm for the past 13 years.

The conference will be held on Friday, 9 September 2022, from 9 to 17 at Little Finlandia, in the heart of the beautiful city of Helsinki.

Little Finlandia is a new and unique venue by Töölönlahti Bay with first-class services. The building is supported by 95 pine tree trunks, and it has the longest outdoor terrace in Helsinki.

SKY, the organiser of the conference, has not pre-booked accommodation capacity for attendees. Since the event is on a Friday in early autumn, we recommend that you book accommodation as soon as possible.

Little Finlandia has excellent connections from the Helsinki airport and from the bus and railway stations. There are tram and bus stops in the immediate vicinity of the venue. The centre of Helsinki is at a walking distance from Little Finlandia, and there are several parking garages near the venue.

Become a sponsor or exhibitor?

Get involved in #KIELI2022 as a sponsor and benefit from a unique visibility!

The sponsorship fees include:

The price of an exhibition stand includes:

ONE BROCHURE OR PRODUCT IN CONFERENCE BAG: €250

Register as a sponsor at sky@kielipalveluyritykset.fi

Sponsorships and exhibition stands are available on a first-come basis.